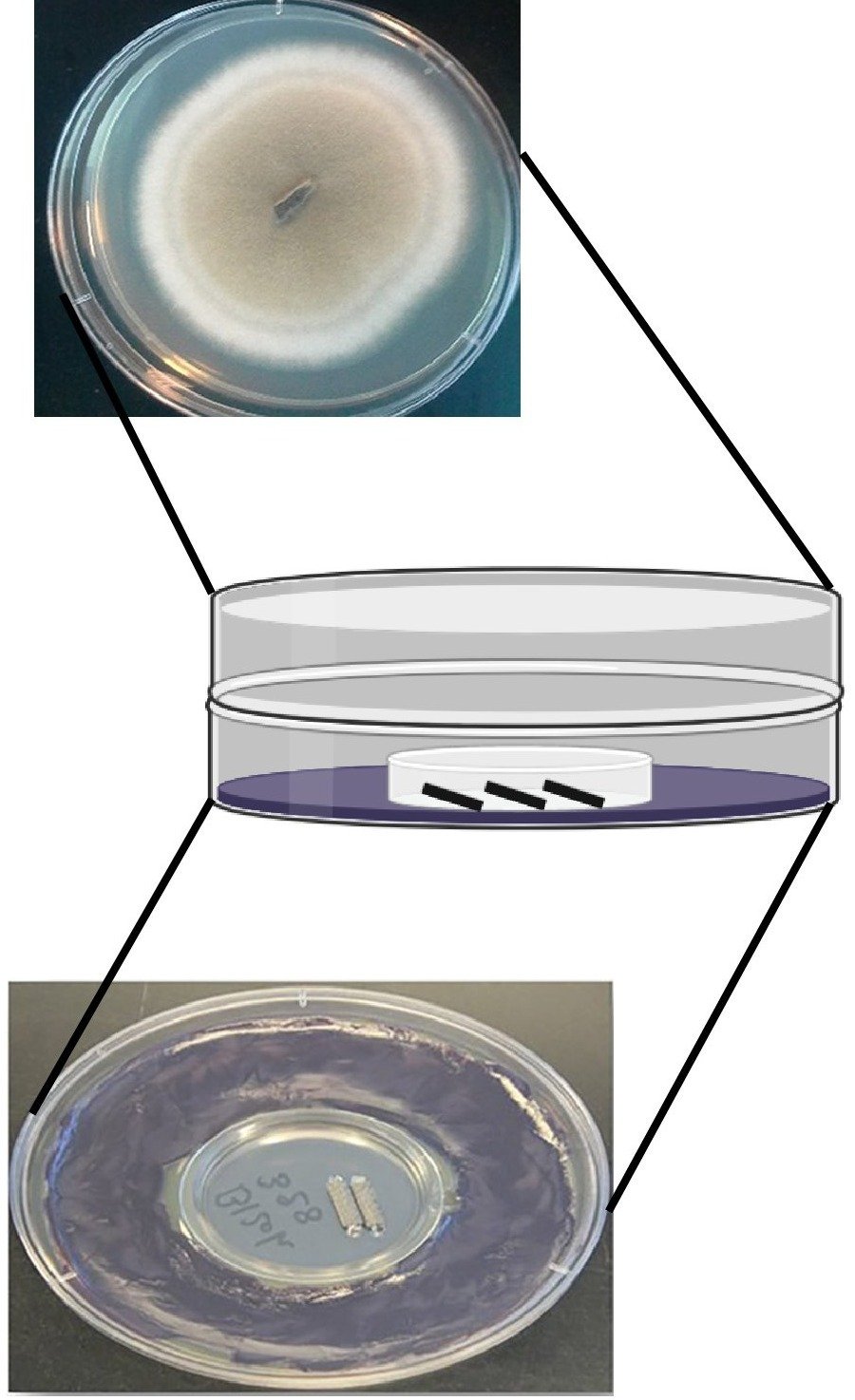 While there are several examples in the literature of human and plant-associated bacteria that produce antifungal volatiles, few details about broader bioactivity of the volatile metabolome have been published. In collaboration with Scott Soby at Midwestern University, we recently demonstrated that antifungal volatiles produced by Chromobacterium spp. induce significant colony morphological changes and cellular abnormalities in exposed fungi. Additionally, we showed that the bioactivity of volatile metabolites in a bacterial-fungal co-culture is not unidirectional, but rather the bacteria and fungus sense each other’s volatiles and modify their own volatile production in response. For example, we observe volatiles that are uniquely produced in co-culture (i.e., not detected in monocultures of the bacteria or fungus), thus the volatile metabolomes of microbial communities have emergent properties.

Our goal is to elucidate the roles of volatile metabolites in building, maintaining, and perturbing healthy and diseased microbiomes in humans, soils, and animals.